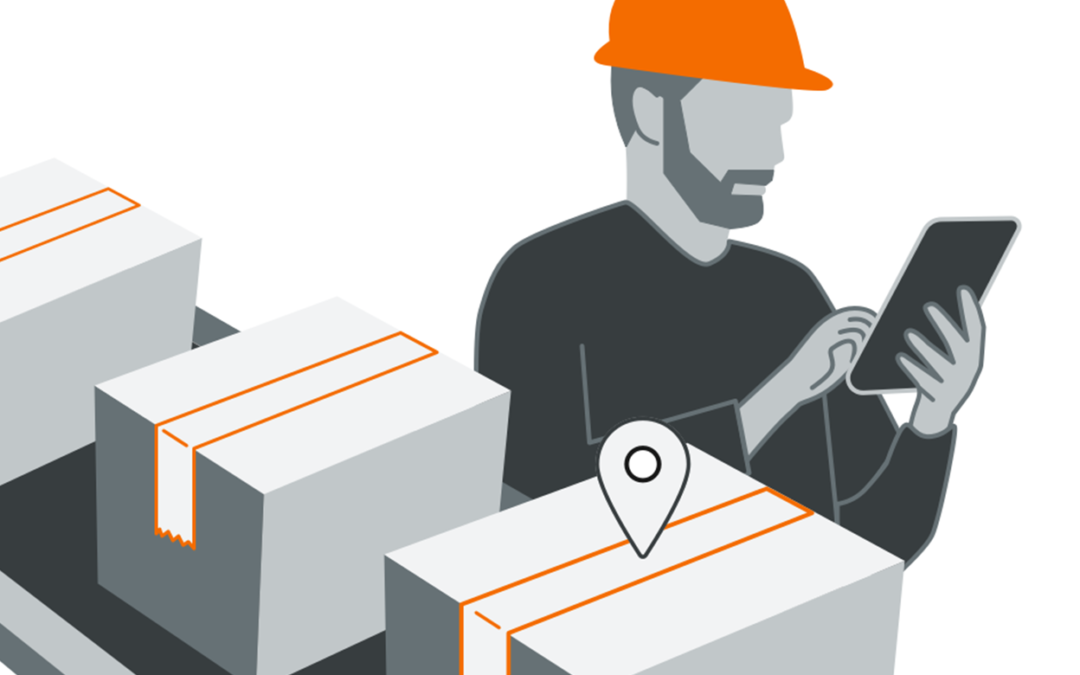 How Mobile is Changing Warehouse Communication

How Mobile is Changing Warehouse Communication

With the rise of Amazon and it’s 2-day, next day & even same day shipping the bar for fast shipping and therefore efficient warehouse communication to support it has been raised drastically. Luckily the constant leaps in mobile technology can be applied in innovative ways to warehouse communication which ultimately leads to increased productivity, lower overhead, and increased revenue.

Winning the Race with Efficient Productivity

There are several areas that mobile applications can lend their agile capabilities to increasing productivity in warehouse management and communication. The most pertinent of these according to Manufacturing.net is order picking and packing, saying that:

“Timing and accuracy play a key role in successfully filling an order. These factors have a direct effect on picking labor costs and orders picked per hour metrics. Reducing time to complete a process/order is directly tied to customer satisfaction.”

The challenge here is two-fold: How do you efficiently communicate what needs to be in an order & how do you make sure pickers know where that inventory is? Mobile inventory management applications solve both of these issues by creating a central place to easily view, generate & fulfill orders all in one place. With mobile solutions, Managers and workers can carry mobile devices with them to help locate where a specific item is located and directly scan it to add or remove it from their list depending on the task. Mobile inventory tracking such as this also allows for more accurate counts, by making sure items are not subtracted until they are physically scanned & handled.

We’ve taken this idea a step further with a research and development project for a client that featured smart glasses that did this step for them instead of having to manually input codes or carry a cumbersome scanner. Applying mobile technology to warehouse communications also means managers no longer have to be tied to a desk or constantly walking back and forth with features like instant reporting and chat interfaces that allow them to make inventory decisions directly from the work floor and communicate with employees instantaneously.

Many companies think that upgrading tech will be costly and time-consuming but mobile doesn’t have to be either of those and can significantly save money in the long run. One of the strongest selling points for mobile inventory and warehouse apps is that they can then be run on out-of-the-box devices. By eliminating the need for specialty and single-use devices, you no longer have to worry about expensive and untimely maintenance issues that not only impede workflow but pull money from your budget. Both mobile devices and applications are more easily updated with software updates or patches, giving a longer life to both instead of being stuck with legacy equipment that becomes more and more inefficient. Furthermore integrating a custom warehouse app gives you a more intuitive & relevant user interface, meaning you need to spend less time on training your workforce.

Increased revenue is the end goal for just about all companies, it is the easiest metric for measuring success and how you grow your enterprise. All of the things we’ve highlighted above should ultimately be drivers to increasing your bottom line. Warehouses are increasingly being viewed not just as pure cost centers in which operational focus is placed almost exclusively on wringing out inefficiencies and inaccuracies in order picking, but as a powerful asset that can drive profitable growth for the business with a heightened focus on improving inbound, storage, and outbound materials handling.

Finding the mobile warehouse solution for your business will significantly help your warehouse operations adapt to the quickly changing landscape of retail, e-commerce, and business in general as we continue to live in an increasingly interconnected and on-demand world. 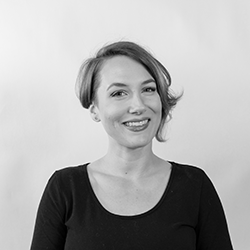 Laura graduated from Virginia Commonwealth University and holds a degree in Creative Advertising. She’s passionate about authentic narratives, finding what a brand believes in and figuring out how to best translate that to consumers. She feels fortunate to have worked in and have experience in just about every part of the advertising and marketing world. In her downtime she can be found going on outside adventures with her dogs, enjoying local breweries, or doing experiments in her kitchen. 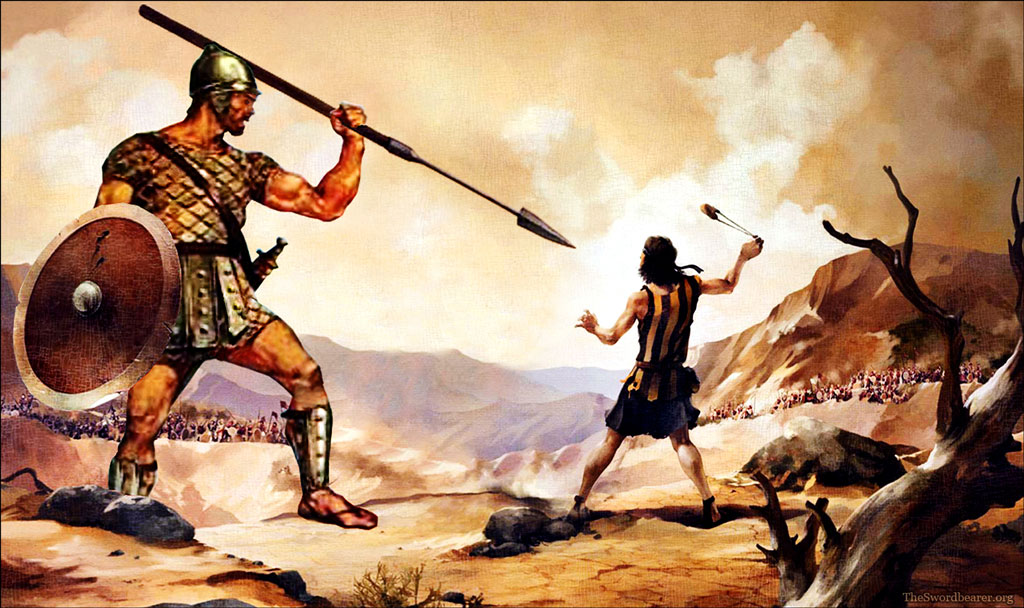 Mobile Strategy- When Being the Underdog is a Good Thing

“Giants are not as strong and powerful as they seem.  And sometimes, the shepherd boy has a sling in his pocket.” – Malcom Gladwell

This September noted provocateur and Evangelist of Everything Outlier Malcom Gladwell gave an excellent TEDx talk on the unheard story of David and Goliath in which he concluded with the quote above.

In it, Gladwell defies convention instead of reinforcing the classic underdog tale of the young shepherd armed only with a sling.  Gladwell asks what the David and Goliath story was truly about and concludes that David was no underdog.  Rather, David was the perfect warrior with the perfect tool to defeat towering opposition and force an army into full retreat.

In part one of this two part series on Creating a Viable Mobile Strategy for Small Business, we’ll discuss why  this is the time to take what seems obvious to you mobile.  In the second post, we’ll focus on how  to get you there.

It’s a Great Time to Be a “David”
When David descended into the Valley of Elah 3,000 years ago, he knew what he was doing.  It was that everyone else was obsessed with conventional thinking to see the utterly predictable coming.  There are many Goliaths still striking terror into the current business landscape, but never has there been a better time to be a shepherd with a sling.

Right now, products like Aereo, Apple TV, ChromeCast and Roku have begun the systematic dismantling of the cable television business.  Don’t believe it will happen?  Just ask the music industry how their hubris allowed web and mobile devices to shrink their business model 64% in less than 15 years.  Even the tallest of giants can come crashing down.

Kings of the Digital Age
Over the last decade, we’ve seen one company go from a trusty search engine into one of the nation’s 50 most profitable businesses.  We’ve seen another go from an idea hatched out of a Cambridge dorm room to over five billion dollars annually.  We’ve just watched a third go public as the de facto SMS of the internet with a market cap of over $25 billion in the last month, all of which have been validated by Wall Street.

In the spirit of Malcom Gladwell, Google, Facebook and Twitter were never underdogs.  They were clearheaded ideas in the face of adversity and marketplaces that already had supposed victors.  Those companies and those ideas were perfectly suited for their time and place and with leaders and a clear vision on how to succeed.

The modern sling of business is reaching customers through the web and mobile technology.  True, not all of us are destined to become kings of ancient Mediterranean civilizations, but small businesses are more capable of taking on anyone now more than ever, if they have the courage to do what they are already doing to pinpoint success.

You have an idea and the industry expertise.  Shockoe can provide the tools to accelerate your idea in the digital world.

Do you have the courage to do what you know will help launch your own digital kingdom?