We have one word for you:

The roar around the arrival of Apple’s latest version of their market-dominating tablet drowned out pretty much anything else tech in the last few weeks. Even the buzz at SXSWi had a distinctly “when will I get my hands on my new iPad?” character. Most of the big voices in mobile that we follow came home fast from SXSWi so they could crack open the shipping boxes on their new iPads.

Pete Cashmore of Mashable said this about his iPad3 on Facebook:

It’s certainly worth getting if you have an iPad 1, but if you have the iPad 2 it’s probably only worth the upgrade if you use it a lot … Or if you work in the tech industry and are expected to know about these things!

And speaking of iPads, the company that designs that tablet’s chips has designs on something else:

Who is ARM, you might ask? If you’ve got a mobile device, it probably has an ARM chip in it. The British chipmaker has gone on record that their goal is to snag 60% of the microprocessor market. They’re currently at 30%, which isn’t bad for a company that most people have never heard of. Our bet is that Intel has heard of them. There’s a good piece CNN Money about ARM and its plans for world domination. We love mobile tech. We also could love the idea of investing in ARM’s stock, particularly based on their established track record and their audacious-but-achievable goals. [Just an observation, not investing advice!]

Samsung: there’s a camera for that?

Samsung has rocked the Android smartphone space, and they’re now looking at creating stand-alone Android-enabled cameras. Obviously, they’re already in the smartphone camera space given that they include cameras on their smartphones, but we’re looking forward to seeing what an Android camera from Samsung might look like.  Would make sharing high-quality pictures on Tumblr, Twitter, and Facebook easier than ever.

Got a trend you’re watching? Let us know! 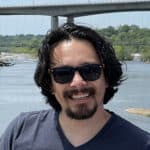