Prototype Purgatory in the Government Space

Those in the business of national defense have a grasp on use cases. They understand how AR/VR could impact the future. But there are major hurdles in getting from here to there.

The National Defense Industrial Association (NDIA) brought together industry leaders who support AR/VR for a two-day conference this week. In addition to sponsoring and presenting at the event, Shockoe representatives had the opportunity to speak with a number of representatives from all branches of the government on where things stand in their AR/VR development and deployment efforts. In a nutshell, what we learned is this entire category is in need of a catalyst. Attendees almost universally understood the opportunity but were stuck prototyping with no clear way of merging/integrating these prototypes into operational domains.

Hololens is Powerful But Not Prolific

We heard from a number of attendees that Hololens shows tremendous potential. Through the IVAS project, Microsoft is helping the US Army create a version of the Hololens ready for field operations. The “connected soldier” enabled by AR is closer to a possibility now more than ever.

However, due to contractual obligations with the US Army, many branches of the government can’t access the IVAS Hololens for their own evaluation and planning. The US Army has been extremely protective of the Hololens device wanting any IVAS advancements to roll out among their own elite forces first before going to other Army soldiers. Only after this second, broader stage of Army deployment will other government development/innovation teams get access to the hardware to see what it can do for their own troops.

Moreover, IVAS is also running up against the realities of national defense legacy systems. Many respondents we spoke with indicated that the Hololens simply cannot process and/or integrate with the terabytes of data the military has at its disposal.

As with many in the conference, Shockoe believes there will be a surge of innovation once (a) a broad spectrum of national defense entities can access the highly modified Hololens for their own use cases and (b) developers from the military, Microsoft and/or third parties create solutions for how H2 will integrate with data at the edge.

Software, Not Hardware Is The Issue

Even if every branch of the military was actively investigating the Hololens, the result would be a myriad of prototypes that can’t be deployed. The reason for this is not poor code or antiquated use cases but rather the lack of infrastructure.

The technologies we rely upon in our domestic, hyper-connected country like 4G do not apply to overseas theaters. This connection is an essential fix; until then, the Azure server farms processing the information soldiers need will remain disconnected from the Hololens being used on the battlefield. The National Institute of Standards and Technology (NIST) is working on a cellular band infrastructure that is designed to overcome this issue. The Army has also partnered with Space X to test the Starlink broadband to move data across military networks. But from what we heard from industry experts, Starlink’s bandwidth of 50MB/s is going to be insufficient for what Hololens in the field will require.

Will this issue ever be resolved? Of course, and when it does we can expect the prototype purgatory to be lifted and use cases in real-world settings exploding across the globe.

“I’ve been developing AR/VR prototypes for the Army since 1990. If you told me then that we would still be in a prototyping stage twenty years later I wouldn’t have believed you.”

The Role of SaaS and Third Parties

While it is clear from our conversations that national defense entities are focused on creating prototypes with in-house development staff, it is also clear that the slow pace of progress could use a shot in the arm. This may be through SaaS that more seamlessly integrates hardware with mountains of data, and NIST network advancements will certainly help the probable become possible, but Shockoe believes a measured application of outside resources could be this missing ingredient.

Design and development shops that know this space and have been creating real-world AR/VR solutions are growing in number and experience. Shockoe and many other organizations have real-world experience in deployment that could benefit national defense. It is our opinion that this combination of factors – data integration, infrastructure advancements, and outside resources – are necessary to move AR/VR prototypes into practical applications in the field. 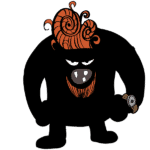