Choosing Where to Build an App: Cross-platform or Web?

Your business is ready to create a mobile app, but where should it be built? In the latest episode of Haptic Feedback, Tejendra Patel, the Principal Application Engineer at Westrock, joined Shockoe’s Kevon Adonis, Senior Developer, and Andrew Rumbley, Senior Mobile and Web App Developer, to shed light on when app developers should consider cross-platform vs. web when building an app.

Kicking off the podcast Rumbley explained cross-platform applications as a format where developers write code that matches native elements. “With a web application, you’re not using native components. You’re limited to the web components we’ve used since the 90s, and some features of the mobile platform like access to camera and microphone, and other native functionality is more difficult to work with.”

But while cross-platform applications have the benefit of leveraging existing native applications, when new versions of platforms come out some of those new features may require code updates for various non-native apps to work with those cross-platforms.

For web applications creating a seamless and functional experience has been a challenge. However, with PWAs, web applications have more functionality in the desktop world than ever before, including desktop app icons, which create user familiarity and adoption of an app.

Adonis pointed to some of web applications limitations though, especially in hardware interaction. “Over the years, where web has always struggled is it’s difficult to interact with the mic, or the camera, or any hardware on the device. And for good reasons. All security reasons.”

No matter what you use, Patel suggests starting with an understanding of the app you plan to create, and the size of your audience. “When you start thinking about, ‘hey, I have tens of millions of users, I have these fancy animations, performance,’ everything is of importance,” Patel said. “Maybe at that point, you’re better off going the native route rather than trying to use Ionic or React Native to build something cross-platform.” 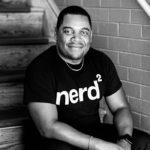