For app developers, it isn’t always apples and oranges –or, in this case, Apple or Android. There are similarities and differences between developing applications for iOS and Android. To help host Tyler Kern clarify them, Kern enlisted the expertise of two Shockoe developers.

Surface found the support of the large Android developer community as a strength that benefits his job.“I think there is a small learning curve for a lot of developers getting into Android because you started with Java, which a lot of people learn in school,” Surface said. “So, there’s an easy entry point into then translating that into learning Android. The developer community ends up being more open, and there’s a lot more support out there.

”In addition to the large Android developer community, Surface said submitting apps to the app store is typically more manageable with more minor requirements than iOS. However, there are far more types of Android devices on the market than iOS devices, which means developers need to think through many additional considerations, such as varying processor speeds and screen sizes.

Boswell shared his thoughts on some of the advantages and positives of developing iOS devices.“For me, it’s always been working within the Apple ecosystem,” Boswell said. “All of the tools they provide work seamlessly together. There’s a lot of first–party support, community integration, and making things look like Apple products. The X–code that Apple provides, we have to workwith them, a Mac OS system, to develop those applications. It makes the part, from development to publishing the application and using it across all of those devices, a real pleasure to use.” 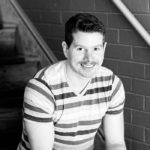