This week marks the annual Google developer conference, Google I/O. There are bound to be big announcements on the software and hardware fronts (and maybe even a flagship smartwatch!) and the Shockoe team is excited to see what’s ahead for Google and the Android platform. We asked our team to share their best guesses at what to expect from the conference, here’s what we heard:

“The thing I’m looking forward to the most at Google I/O is the possible unveiling of a flagship foldable device in the Pixel line of phones. Last year Android released Android 12L, a feature set addition on top of the existing Android 12, which optimizes the experience for large and foldable screens. Now it’s clear that they may have done this as a lead-up to their own foldable device release. In addition, there is talk of a possible release of Nest Hub with a detachable large screen display, which could also utilize this feature set. Of course, the main focus from an Android perspective will be the presentation on Android 13, which will be out later this year, but already has a beta release available. At the Google I/O talks this year we should hear confirmation of new features available in Android 13, such as a revamped battery life manager, ios-like notification permissions, and a lock screen media player redesign.” – John Surface, Senior Mobile Applications Developer

“I’ve been looking more at what Android 12 has/does/looks like, but I don’t think much will be new this time as it relates to UI. I’ll be watching for news on foldable UI as well.” – Edwin Huertas, President and CTO

No matter what’s announced Shockoe’s team of developers will be ready and waiting to make the most of it. Get connected with our team today to start on your next mobile solution for Android or iOS.

Shockoe creates innovation that is measured, meaningful, and has an impact. We take a holistic approach to the potential of mobility for our clients, their customers and their employees. We invite you to connect with us on LinkedIn y Facebook. 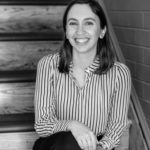