Last year a group of Project and Engagement Managers at Shockoe participated in a two-day training session to earn our SAFe Scrum Master certifications. I really enjoyed the training, except for one part — when the instructor got to the concept of Scrum Master as “Servant Leader.”

As he described the concept introduced by Robert K. Greenleaf in “The Servant as Leader,” some of the characteristics thrown around were: empowering, helping, caring, empathetic, humble, selfless, energetic, a good listener and nurturer. As he described the servant leader, I started to feel more and more uneasy. I looked around the room, and everyone was nodding in agreement.

I raised my hand and said, “I’m sorry, but is anyone else bothered by this?” After a few blank looks from the men in the room, I asked the other woman in the training if she felt the same icky feeling about being in a position of servitude for a predominantly male team. She confirmed that she did, but the other men in the training hadn’t even considered that the term might feel different for a female leader.

Servant Leader is a term with a lot of buzz, appearing last week at the rvatech/Women conference in Adrienne Whitaker’s breakout session  “Authentic Leadership,” leveraging the lessons of author Simon Sinek. Adrienne spoke about the gradual migration of leadership, going from more of a “command and control” style, to today’s expectation of our leaders being more “people-centric.” Some of today’s top CEOs are lauded for their social, emotional, collaborative style — for putting employees first. Adrienne spoke of the leader of tomorrow being even more authentic, agile, with a stronger connection to the organization. And all of these buzz-worthy communal, relationship-based characteristics are at their core– stereotypically female characteristics.

So if these female traits have become the expectation for our leaders, why are we not actually seeing more women in the C-Suite? In May of 2019, Fortune Magazine boasted in an article, “The Fortune 500 Has More Female CEOs Than Ever Before.” So how many female CEOs were there? 33. A whopping 6.6%. Which I suppose is more than ever before, since last year it was 4.8%.

A 2018 study sought to investigate that discrepancy, and found that while communal/female characteristics were viewed as valuable “add-ons,” both men and women still chose the key qualities of a leader as the more stereotypically masculine traits.

It’s important to note that the study found a difference in how we think of other leaders vs. how we view ourselves. “Our results underscore that women internalize a stereotypically masculine view of leadership,” says Andrea Vial, one of the study’s authors. “Although women seem to value communality more than men when thinking about other leaders, they may feel that acting in a stereotypically feminine way themselves could place them at a disadvantage compared to male leaders.”

And that disadvantage is where my feeling of unease came from, as I sat in the training session listening to a male teacher preach the advantages of being a Servant Leader. For years women in business have been told to be aggressive! Ask for raises! Speak up! Sit at the head of the table! Girl, stop apologizing!! Now the concept of Servant Leadership turns that messaging on its head– no, don’t speak up! Let your team do the talking! Lean out, not in! And now a new flavor of self-help books have proliferated, trying to resolve the conflicting advice — like The Myth of the Nice Girl: Achieving a Career You Love Without Becoming a Person You Hate, Radical Candor: Be a Kick-Ass Boss Without Losing Your Humanity, or Dare to Lead: Brave Work. Tough Conversations. Whole Hearts (I could go on forever…).  Women are being pulled in a million different directions when it comes to developing their leadership persona. So which one is right? And as Adrienne Whitaker stressed, which one is the most authentic?

I attempted to build upon Vial and Napier’s study by asking similar questions here at Shockoe. I asked our employees to select the 5 most important traits for three leadership levels — CEO, Practice Lead / Department Head, and Project Manager / Team Lead. For each question, I gave a mix of 6 feminine/communal and 6 masculine/agentic characteristics. 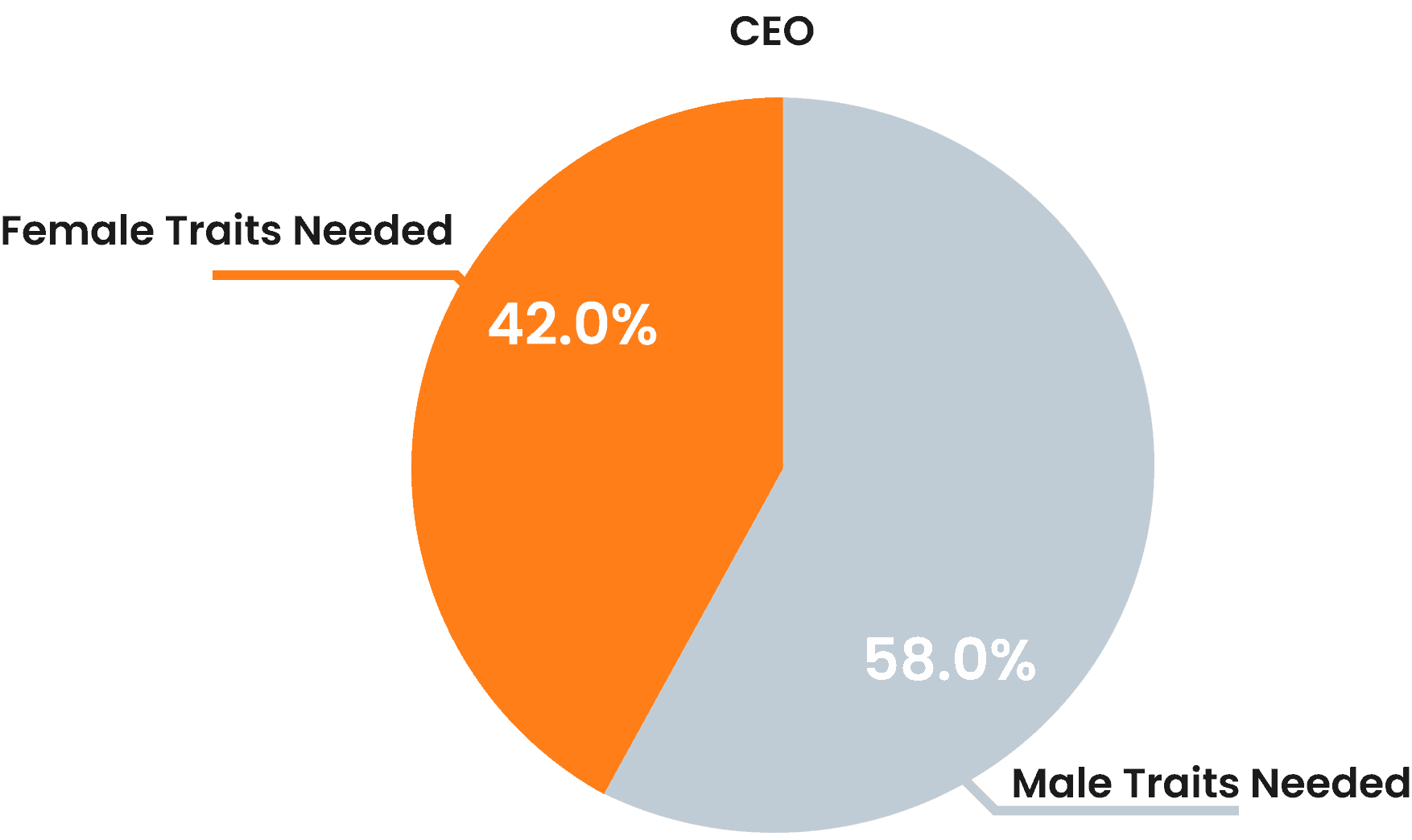 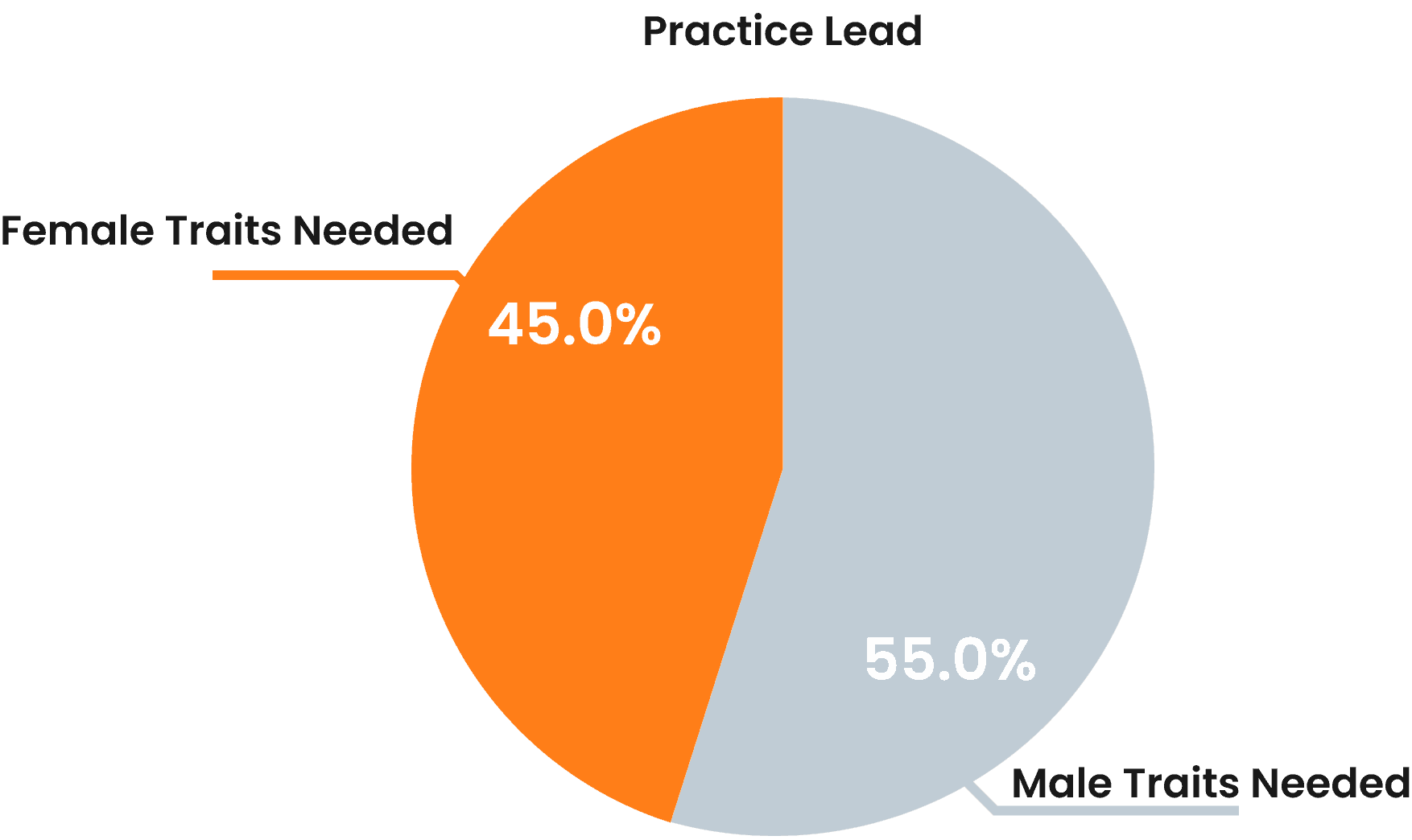 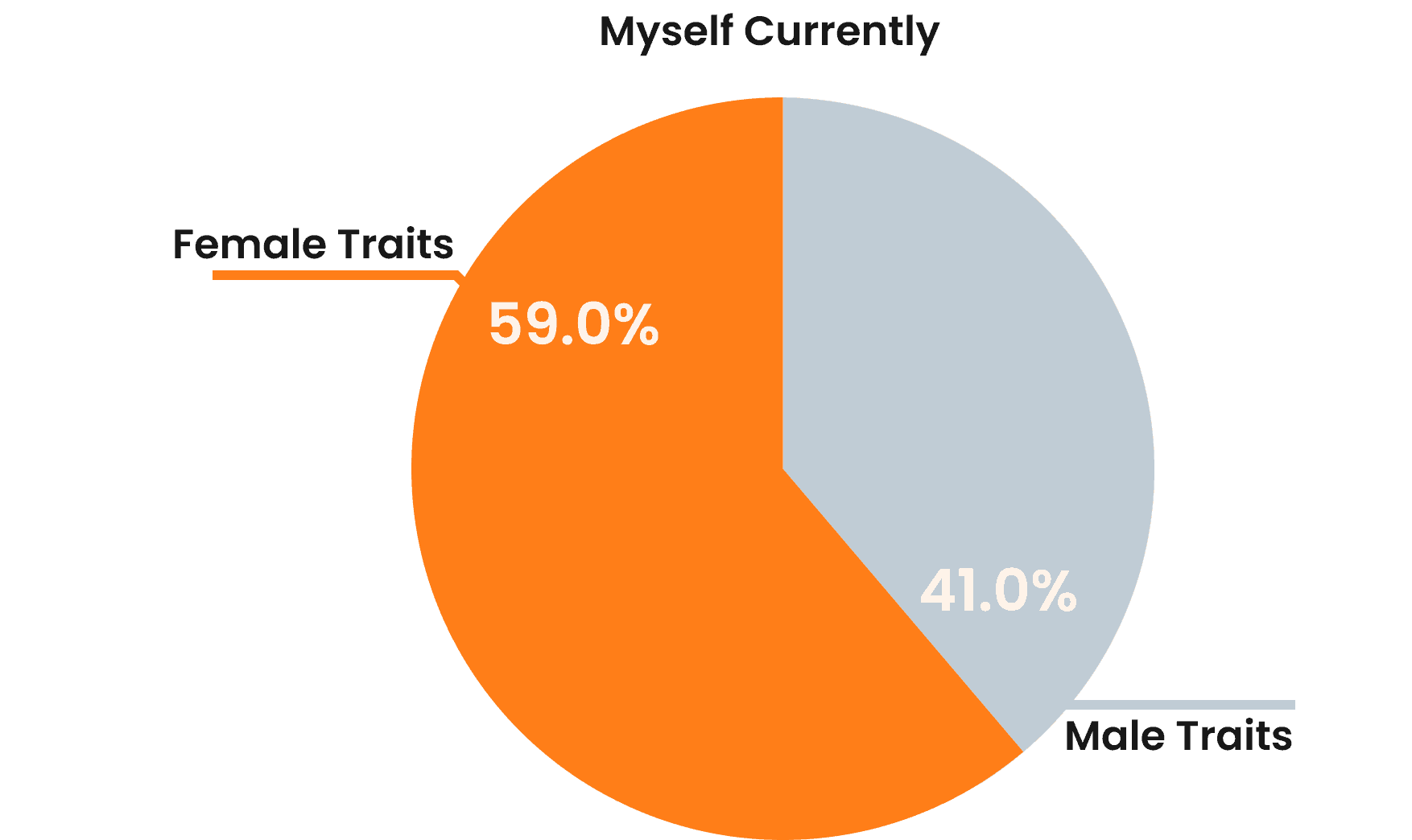 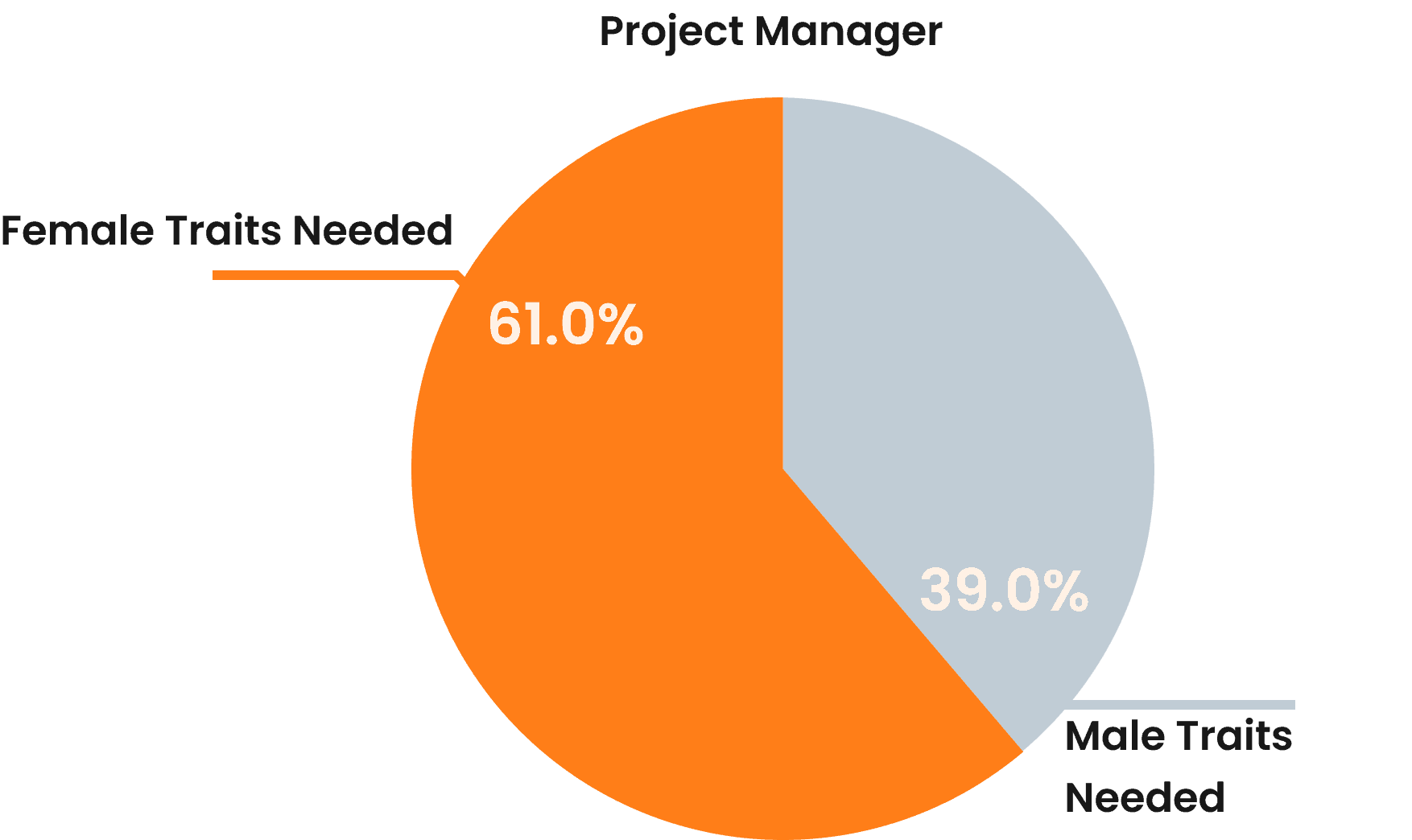 I also asked employees to pick their top 5 current attributes in the workplace, to see how they viewed their climb to a top leadership position. All employees, male and female, chose more female/communal characteristics for themselves currently, which is not surprising given the close-knit, family atmosphere at Shockoe. But to make it to the top, women felt that they would need to increase their male traits by 65% in order to be CEO, as opposed to men, who felt that they would only need to increase their masculine traits by 30%.

Authentic, passionate, people-focused leadership is a great thing, but at its core the concept of Servant Leadership is already biased for male leaders. To get to a place where they could be CEO (in my study a 30% skill shift), men could simply go to a training, work on communication skills, or take an employee to lunch. But for women, who in my study feel like they need a 65% increase in their stereotypically masculine skills in order to be a CEO, that would mean an entire shift in someone’s personality and demeanor. I wonder, is there a middle ground where a new definition of leadership could integrate the best traits from each gender? I, for one, am waiting for that new definition. And I hope that it comes from a truly unbiased place, independent of gender. 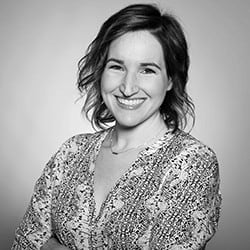 Rebecca has over 10 years of production and project management experience in advertising and tech. She has led numerous national multi-media campaigns including television, print, out-of-home, radio, digital, social, and PR events. Rebecca approaches project management with three goals in mind: to keep the process efficient, team members happy, and the work cutting-edge and award-winning.