Organizations in the market for new mobile solutions should find plenty of ideas to play in the recent introduction of Android 9 ‘Pie’ and the release of iOS 12. But what really stands out are the UX improvements which elevate your app’s potential to delight the end user with greater depth, efficiency, and personalization. Here’s a breakdown of some of our favorite features.

Such personalization will be a hallmark of the new capabilities of Siri, by now a comfortably ubiquitous name yet historically an unfortunate mixed bag of wonkiness and frustration for Apple and their customers. Fortunately, Siri Shortcuts will analyze individual user behavior within your apps to add highly visible shortcuts in lock screen and spotlight. App owners can elevate the visibility of their product by donating shortcuts, increasing usage and platform efficiency. And a much-beleaguered, highly overdue addition – voice commands can now perform multiple tasks in one dictation.

Android introduces a feature to help position your app’s capabilities where and when the user needs them.  With App Actions, each function of your app meets an immediate want or need, upping your value proposition and visibility.  Plug in your headphones, and see your audio app come to life. Search for a film, and see your app to purchase tickets.

With the barrage of attention-hoarding notifications our modern devices can parade, some of us might be wishing for a bit more organization in the all the chaos. Cue iOS 12’s ability to group notifications from the same person/app/source together, with the lead notification/message tappable to display the rest of the notifications neatly lined up behind. A further touch is the ability to ‘un-group’ by app through tagging specific notifications with a thread-ID, letting the user control more than ever the who, what where and when of their mobile experience. ‘Deliver Quietly’ scraps the home-screen and banner clutter altogether, making the notification center home base for the user’s desired alerts.

Greatly enhanced machine-learning capabilities in both iOS and Android’s updates have allowed for some nice touches. AI-generated auto responses, gleaned from user behavior, will appear in the notification drawer on lock screen suggesting intelligent replies to messages (without even opening the app!). Those who dream of a device that knows their whims will revel in largely finger-free messaging on the fly when a quick yet accurate response is all that’s needed. Furthermore, hurried or unfinished replies in the drawer are saved and archived for sending at a later time. Images, stickers, and past messages will all be drawer-accessible with the ability to both send and receive them.

Apple is seeking to maintain pace with Google in AR and machine-learning improvements, unleashing their new tools for a higher level of development of AR apps and games as well as an increased efficiency in machine-learning. 3D objects now predominate in built environments, with shapes and sizes of furniture, toys and other items detectable. Universal Scene Description (created with PIXAR) allows the sharing of AR objects across multiple platforms. CORE ML’s enhanced machine learning facilitates developers in making their own machine-learning models more customizable and tailored to the app owner’s unique needs. Apple’s ‘Natural Language Framework’ bolsters natural language processing tasks even further. These enhancements are fueled by A12 Bionic, Apple’s next generation Neural Engine chip (powering their sleek new X-line below), which promises to intelligently increase speed and functionality to a whole new level.

By maximizing the user interface, Android P Notch Support gives your app an edge on modern phone displays. A mainstay since Apple’s iPhone X (and now the new standard with Apple’s X-line, above), Notch display support for Pie cuts your app’s content to it’s most visually appealing layout on the latest phones. Developers can test a display cutout on any device, giving your app seamless, personalized integration into the user interface. What’s more, the new 4th gen iWatch from Apple with iOS 5 will deliver an expanded display for your app to flourish as wearables continue to evolve and dominate the mobile landscape.

The array of imaginative tools and improvements from both Apple and Android’s latest present a great case to update your apps.  If you’re in the market for a new product, or just want to seize the moment to leverage some seriously cool new features, consider these updates your impetus.  The most valuable asset in a UX is the user, and by putting them in the driver seat with your app’s new personalized capabilities and intelligence, you’ll edge them even closer to going mobile, first, every time. 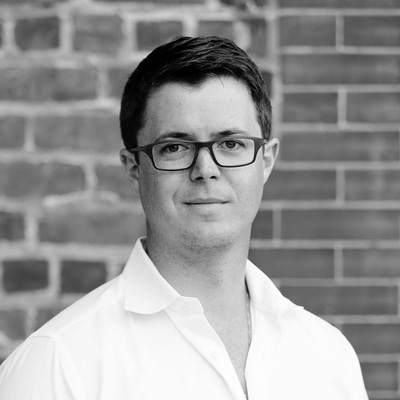 Alex has more than 10 years of international experience in Strategic IT Transformation and Custom App Development. His expertise in various industries ranges from Consumer Goods to Retail to Finance while assisting clients in the areas of Business Strategy & Development, Security & Compliance, and Technology Transformation. As one of Shockoe’s founding members, Alex is focused on business strategy, security & compliance, digital innovation, mobile management, and operational transformations.
← The Impact of Emerging Technologies on Business: 2018 Report The Impact of Progressive Web Apps on Mobile Customer Engagement →