The concept of app microtransactions is not foreign to consumers of mobile technology in the modern app market. Apps that include or require consumers to submit payment for additional features or add-ons have become the norm. This business model has grown organically as a result of users having a hard time deciding whether or not they should spend their hard-earned money on an app. By making an app free and offering the user the choice to pay for additional features as needed, the barrier to entry for new users to download and use an app has been greatly reduced. This model has its benefits, its downfalls, and its unsightly impact on consumers’ wallets.

Developers have immensely benefitted from microtransactions. Developers can more easily test the waters of the market with their apps. Instead of overcoming the hurdle of figuring out whether or not their app is a good idea in the first place, they can create a slimmed-down version of it and release it as a free product. After it has been on the market as a free app for some time, developers can access the potential for the app to have continued success. If the app proves to be working, then they can take the time to implement the rest of the features and release those features at a cost to the current user base in a new update through a microtransaction.

Microtransactions have been most successful in the game app market. Games have an advantage over value product apps in that games are inherently more addictive and entice the user to want to win. Developers have a big opportunity here to add “pay to win” add-ons to help their users win by giving them in-game boosts. These boosts usually come at a small cost for small boosts, and can cost upwards of $100 for larger boost packs. This gives developers the opportunity to make more money than they would with the typical $1.99 to $9.99 price tag of most paid apps on the market.

While this model benefits developers, it negatively impacts the quality of apps on the market by requiring a microtransaction to unlock more features. Apps are being released to the market that are not full featured and polished, leaving users with half-made apps and wanting more. While it may benefit developers to release apps on this model, it is unsatisfactory for consumers who look for apps to fit their needs but find that the apps lack the features they want.

It may be that you find a free app on the market that you really enjoy, but unless many others find the same enjoyment in the app as you, the developer might not release an update for it. You wouldn’t want to go out and buy a brand-new vacuum just to come home and find that the one you bought will require you to purchase two or three other attachments in order to vacuum in tight or high places when the packaging claimed it was compatible, right? Apps should not operate this way either, or they will continue to deter consumers from exploring and discovering new apps on the market outside of the mainstream apps that their friends and family use. 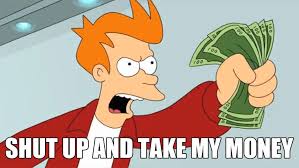 Additionally, apps that have success with this model are leaving users with the ugly truth that they will need to sink more and more money into an app to get the most out of it. This practice is particularly prevalent in game apps. As I mentioned earlier about developers having a good opportunity to make money, requiring microtransactions in order for the consumer to be successful in an app exploits the addictive nature of the game, and promises the user that by paying money, they will be able to win. Oftentimes these games involve high scores, and consumers will do anything to beat their peers in order to show that they are superior, whether they pay for the app or not.

Over the past few years, there have been many articles about children who are spending thousands of dollars on in-app microtransactions from games such as Clash of Clans, Candy Crush, Game of War, and others. A child in Belgium who was given a credit card by their mother to buy e-books racked up a total $50,000 worth of microtransaction charges in the game Clash of Clans. Another child in England spent $5,900 on the iPad game, Jurassic World, after memorizing their parent’s password for the App Store. While it can be argued that it is not the microtransactions’ fault for these incidents, it is obvious that microtransactions are enabling this behavior.

Microtransactions have their place in the app market when implemented with consumers in mind. Developers can use them as a tool to allow more freedom in the app-creation process. This way, developers will not be deterred from taking the time to make an app that will not be profitable. Making apps is not a simple process, and the reward of economic benefit helps developers feel better about putting forth the effort to make great apps. Microtransactions just need to be done right, and not with the intent to exploit the consumer. Consumers want to feel good about giving an app a chance and not feel like they are just going to be wasting their time by downloading a free app they can’t use. The amount that consumers can invest in apps should be throttled or deferred into donations for the developers to continue making worthwhile apps.